The history of cannabis is very interesting because cannabis has been used as a high since ancient times. Its use spread from China to India and Africa and then reached Europe at least as early as the year 500.

The first direct reference to cannabis as a psychoactive agent dates back to 2737 BCE, in the writings of Chinese Emperor Shen Nung. Emphasis has been placed on its powers as a medicine for rheumatism, gout, malaria, and curiously also for concentration problems. Mention is also made of these intoxicating properties, but the medicinal value was considered more important. In India, Cannabis has clearly been used for recreational purposes. 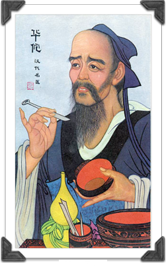 Muslims used it for recreational purposes. It was the Muslims who introduced hashish, whose popularity would spread rapidly in the 12th century to Persia (Iran) and North Africa.

Thousands of years before the debate on the legalization of cannabis, this plant was used for industrial purposes. Cannabis fibers being very strong and durable. The ancient Greeks also used cannabis to relieve inflammation. When cannabis plants are used for fiber, for ropes, or for clothing, the plant is called hemp. The oldest piece of paper in the world dates back to around 500 BC and was made from hemp fibers. There was no cotton used in China until approximately 900 AD.

The Romans and Vikings began to use hemp fibers for cordage. Both cultures relied heavily on sailing ships for exploration, settlement, and trade. Their lives at sea depend heavily on the strength of hemp ropes. If the ropes broke during a storm, the ship could be lost.

Much of the hemp used by the Romans was grown in Sicily. The Arabs who brought hemp seeds to Sicily.

Gradually, the use of hemp caught on in England, which became a major sea power around 1500 AD. King Henry VIII greatly increased the number of ships in the English navy and ordered several fields of cannabis or hemp to be planted to provide ropes for English ships. For various reasons, English farmers could not meet such a large demand, and so the English began to import fiber from Russia.